FLASH CANCELS – WHY YOU NEED TO LEARN IT?

Flash cancel is an advanced technique that is frequently using at the pro-stage. It is extremely useful, but hard-to-notice during team fights, so I will highlight it here, and describe in details why it is so useful and why you NEED to learn it and use in your games.

League has HUGE options to use flash cancels, and it is limited only with your imagination. This is a short list that is showing which abilities may be used with this advanced technique:

And this list is far from the over. Later I’ll show you more, but most of them you’ll have to learn by yourself. The possibilities of using this are almost limitless. So you need to look at Flash not only as an escaping or gap closing ability but also as a part of your possible combos. These little tricks are the very thing that separates players who work at Elo boosting service from the low-bracket players. 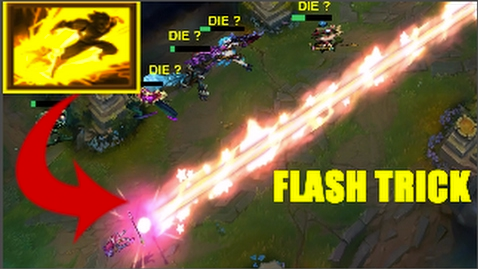 In this guide, I will teach you how to determine if these interactions must be consistent, how to see which champion could use Flash in his combos and which cannot. All your questions will be answered in this guide:)

WHY FLASH CANCELS ARE BETTER THAN CASUAL USING OF FLASH

Well, to be honest, flash cancels are not always better than an average using of a Flash spell. But in certain situations using flash cancels will give you a huge advantage in the duels or just in teamfights. After all, this is not a regular technique and it may confuse the enemy and cause him to make a huge mistake. The main advantage that you are gaining is that you will spend much less time in the range of an enemy and his reaction window, to respond to your action, will be much narrower. Just look how Faker using the advantages of this trick with the Cassiopeia’s ult:

In this video was used cast time ability that was canceled into a Flash. The very Flash canceling may interact with the next abilities:

If you are confused by all of them, have patience, I’ll describe every one of them and the core mechanics of interaction with this summoner spell.

To understand how this Flash interaction works you’d better watch this video, but if you prefer to read, I’ll try to explain how they work. If a champion has an AoE ability that may be cast within some range, then you could pre-cast it and then use flash immediately. This will cause your champion to cast this ability immediately post Flash if he will enter the cast range.

The major notice: If you will cast skill, then flash BUT a champion still will be out of spell range, it will end badly. A champion will not continue his way to cast a spell and it will be a completely wasting of a Flash spell. So you need to feel the distance and a champion pretty well, the Practice Tool will be your savior.

When you will click a targeted ability on an enemy, your champion will start to run towards him. This is the time when you can use flash to quickly close the gap between your prey and to finish him or to initiate a teamfight. The usage is pretty familiar to the cast range AoE abilities, so if you have mastered first one type, this one will be easy-breezy for you. This video will help you understand the basics of this trick.

But this type of Flash combo is a bit easier. Even if you’ll not flash close enough to a target to use a spell, your champion still continue his way toward an enemy to use an ability on him.

Contact abilities using the champion himself as a damaging tool, and if your champion hit an enemy with his model it will be considered as a hit. While ability is in effect you could use the Flash to change your starting point. Remember that the vector of ability will not change, always consider that, while you using this trick.

If you are not using quick casts then you may face little problems because the reminder of ability will disappear, but do not panic, you will still hit the target.

These are most similar to the Contact abilities, but the main change is that after Flash you will always be faced by the vector you are Flashing, and all Cast time abilities are casting in front of you. So even if you are running away from an enemy, then cast a spell and then immediately Flash toward your chaser, then the ability will hit him. This is the most interesting trick and now you know how and what Faker did to surprisingly kill a confused enemy on that awesome Cassiopeia move.

And now, when you know all the basics, let me tell you a bit more of the in-depth mechanics.

In the league, there are a lot of various abilities and some of them disabling movement commands or using anything else. Just let’s take as example Urgot and his Disdain (E ability). While this ability is in use all other movement commands will be ignored and Flash spell will not be active. So you never will be able to cancel some abilities, like Warwick’s Ultimate, Urgot’s Disdain and other.

The second exception is the abilities that will set the Flash on schedule. A champion with this kind of abilities firstly fully finish the ability and only after will use all scheduled actions. Like Blitzcrank’s Q ability – Rocket Grab, or Malphite’s Ultimate – Unstoppable Force. 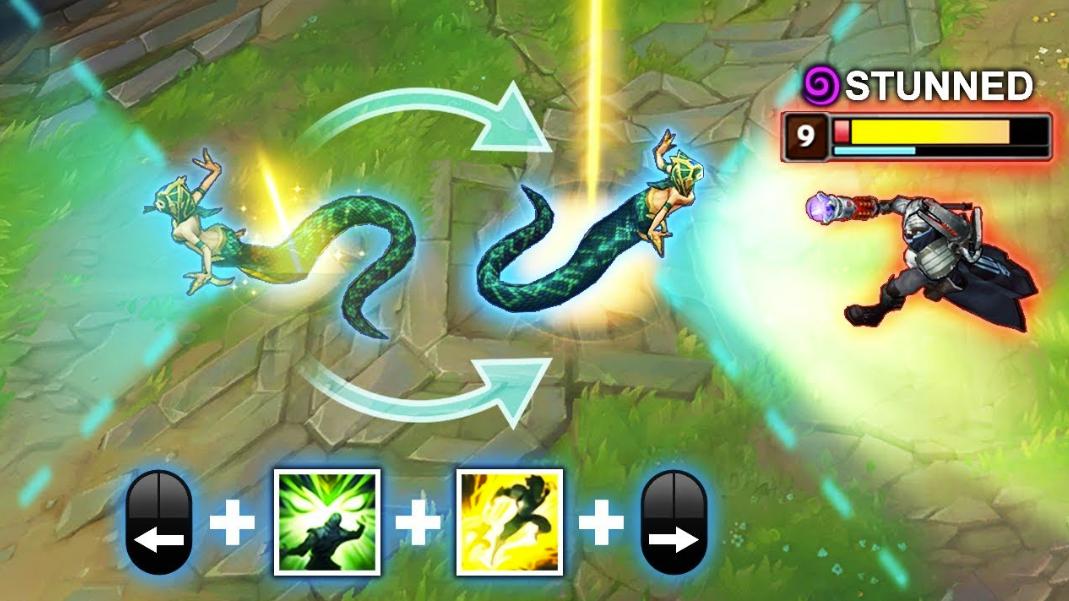 After this incident Riot Games slightly nerfed Cassiopeia’s Ultimate, so now you could not use this trick to gain a huge advantage over an enemy.

Abilities that deal damage only after champion animation, like Kha’Zix’s leap also cannot be canceled with flash. Well, technically, they could. A champion will change his position during an animation, but the damage or any effects that were applied after successfully landing a skill will not be caused to the target.

I’ve found only one champion with such an interesting effect and this is Kassadin. His Force Pulse (E ability) could be canceled as any other cast time ability. The only difference is that the damage still be caused to the previous AoE zone, even considering that the animation of ability is in a different place.

If you will learn these moves it will not affect your skill in general. You still may be a Bronze/Silver player who knows how to use Flash cancels. But it definitely will increase your micro skills. And will give you more flexibility during game-breaking moments of a match.

To boost Elo you need to understand both aspects of this game – micro, and macro features. But if you are really interested in LoL then sooner or later you will enhance your skills enough to boost to the desired rank.