Victorious and Championship Skins for LoL

HOW TO GET VICTORIOUS CHAMPION SKIN

Game modes that you need to play to unlock Victorious skin:

Rank that you need to obtain to get the season’s end reward – Victorious Champion Skin (each of these ranks get the same skin, so you need to get at least Gold Rank):

VICTORIOUS AND CHAMPION SKIN AS A REWARD

The main advantage that you will get an unique free victorious skin fot this season’s champion. Remember that no one can get them anymore so these skins are very rare.

Another great advantage of this reward, that among the Victorious Skin Riot Games will send you a champion himself for free.

Riots season usually last for 1 year. It start’s in January 2017, and ends in December 2017 but Riot can change these dates any time. Riot Games will began to sent rewards in 2 weeks after the Season 7 end.

2017 year’s Season 7 will end in December, and all players that have Gold or any higher rank can expect that their Victorious Skin will be unlocked at the end of the November 2017. 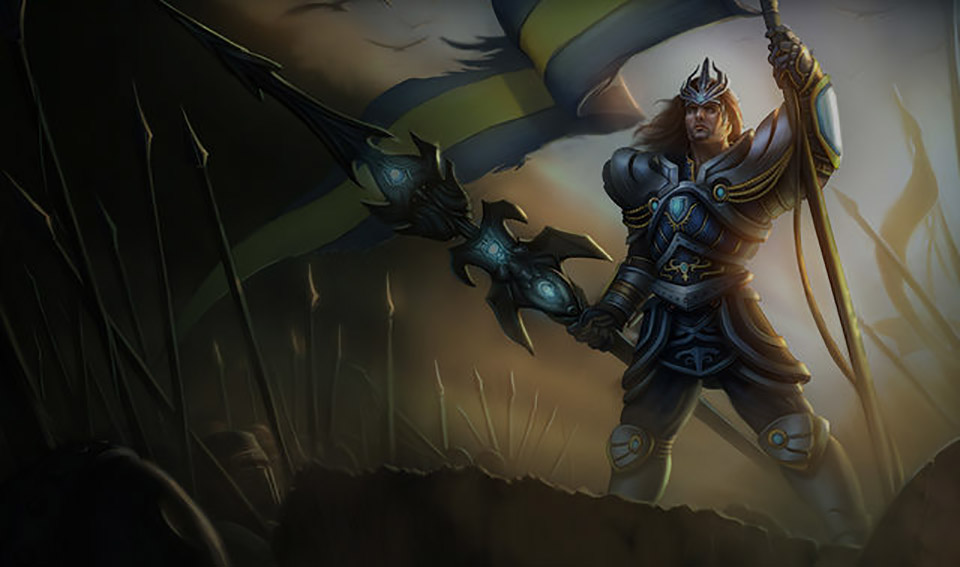 Jarvan was the first champion that received Victorious Jarvan s1 skin. He do not get any new animations, particles or even other color of his skills, but the fact that he is the First means a lot. He is one of the rares skin in LoL and there is no way that you can obtain. 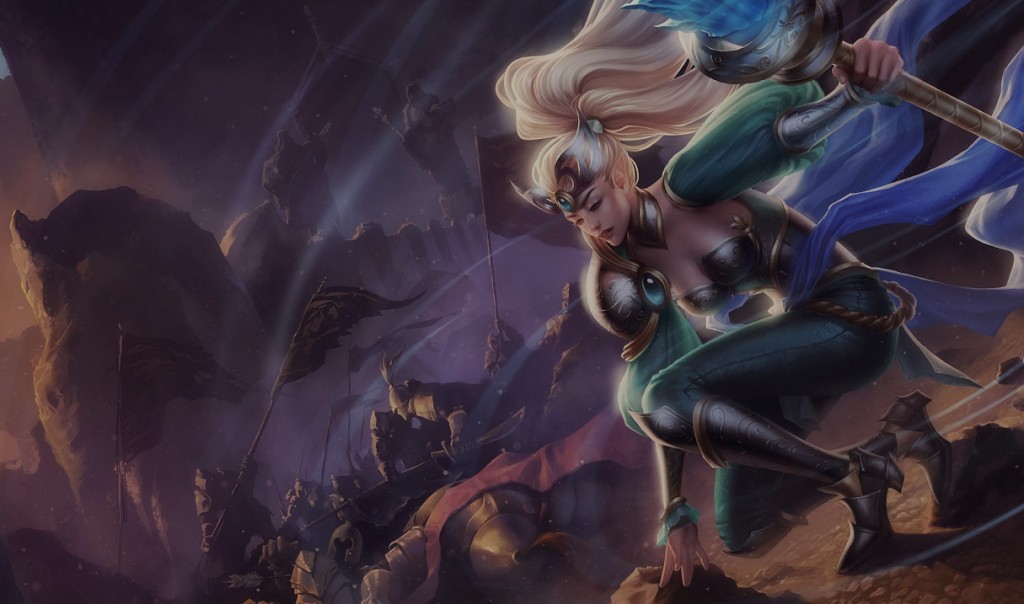 Janna was a season’s 2 reward and many players were surprised how Riot Games change her. Not only her’s outfit has changed, Riots gave her a new, enhanced Staff, reworked model of her’s air elemental (Zephys) and added new animation to recall / other abilities. Splash art of Victorious Janna s2 skin was beautiful aswell and many peoples that main Janna are jealous that they did not play LoL in Season 2. 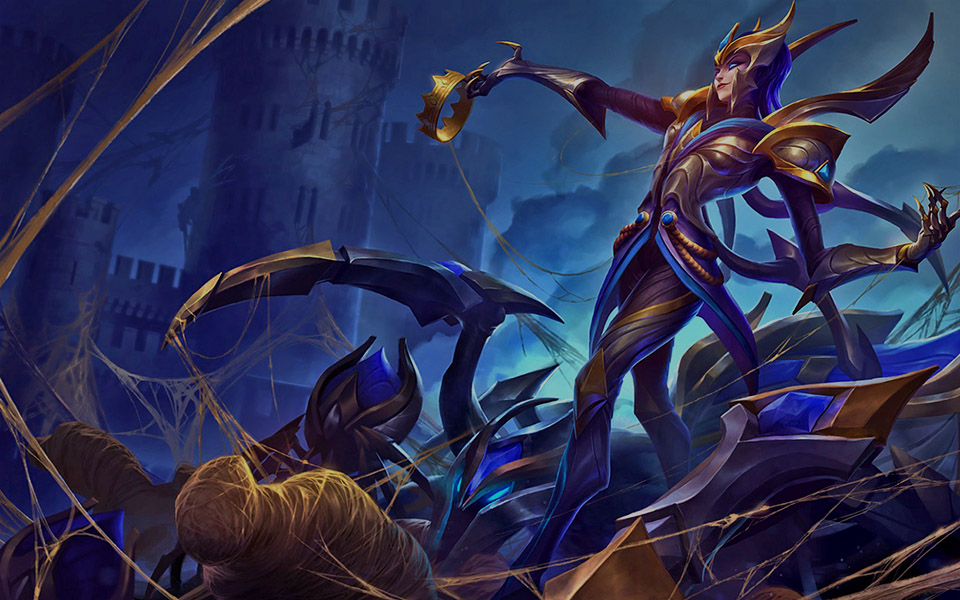 At this time Riot released Victorious Elise Skin that change 2 forms of a Elise champion. She get new particles for abilities and auto attacks, new animations not only in human form, but in spider form aswell! Most of the LoL players think that this skin is one of the best Victorious skins that was released. 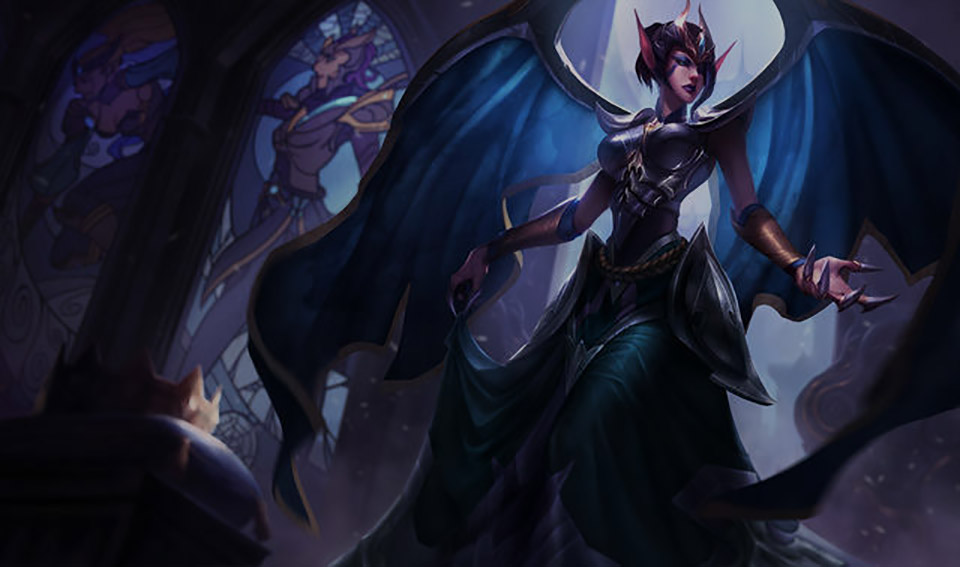 As season’s 4 reward was released Victorious Morgana Skin. This champions outfit was changed greatly: new animation for auto attacks, new color scheme of her’s abilities, even black aura start surround her now. Recall animation is gorgeous and this is the reason that every one fall in love into skin. 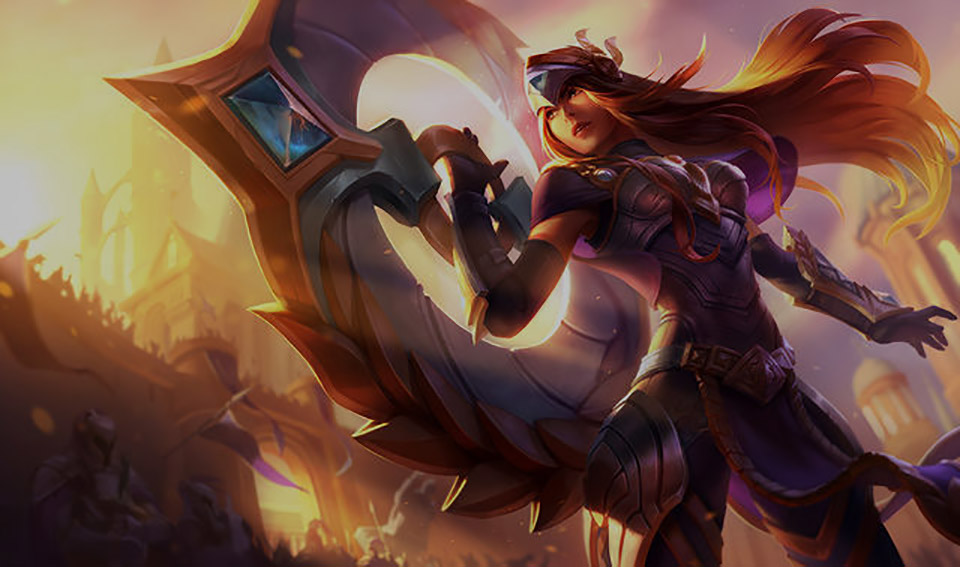 This was a biggest mistake of Riot Games. Almost nobody liked this Victorious Sivir Skin. Many of them said that they feels like they get a punishment instead of a reward. Everyone makes mistakes, so let’s just forgive Riot Games and act like there is no any Victorious Sivir champion skin at all. 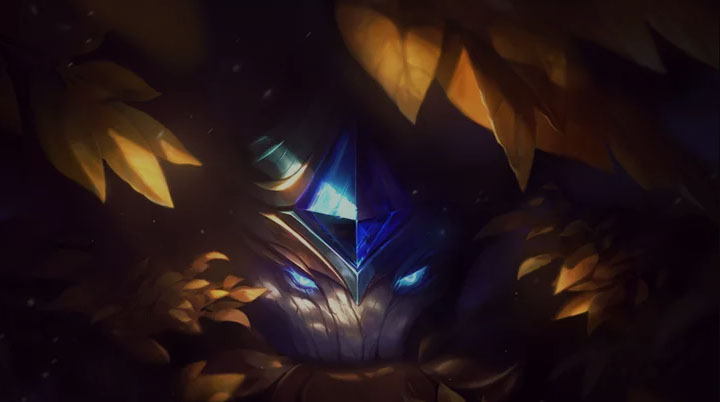 And another mistake. Maokai is not a popular champion to get his own Victorious skin, and many players are waited for a Vi (season 6, season VI, champion Vi, get it?). BUT this time players whine about his popularity, but quality of Maokai Victorious skin was really high. New great animations, particles all that really well made, so this time Riot Games was only half wrong.

No one know which champion will get next Victorious Skin. Usually Riot Games hide this information and public it only by the season’s end. If any information will be leaked, we will update this page with haste.

REMEMBER THAT THESE SKINS ABOVE ARE NOT AVAILABLE IN GAME, AND THERE IS NO WAY TO GET VICTORIOUS SKINS ANYMORE.

HOW TO GET CHAMPIONSHIP SKINS

Championship Skins arrived only at the end of the second season so let’s highlight all of them. 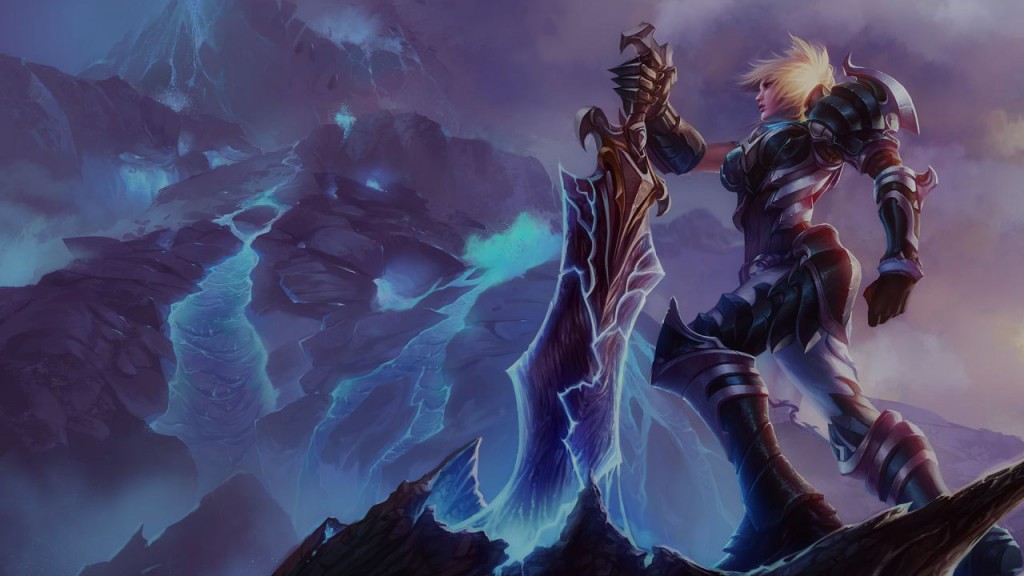 Championship Riven was the first championship skin that was released by Riot. It has new model for Riven and her sword, new particles for her abilities and new recall animation. In 2016 this skin receive some update, Riot Games stole Riven’s Tiara. That’s all. Yes, i’m not kidding.

You can buy Championship Riven Skin for 975 RP at the end of each season. 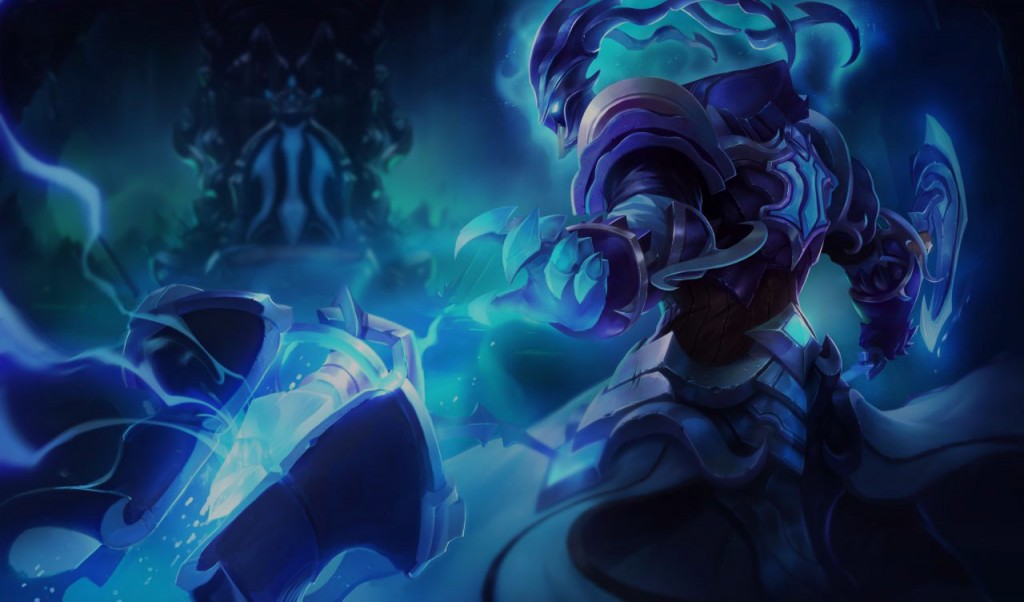 Another one unique Championship skin for Thresh. Not the best their’s work but good too. With the new outfit he get new animations, recall animation, new visual effects to his abilties. Many of customers compare this skin with a Blood Moon and Deep Terror, but rarity of Championship Thresh skin always triumphs.

You can buy Championship Thresh Skin for 975 RP at the end of each season. 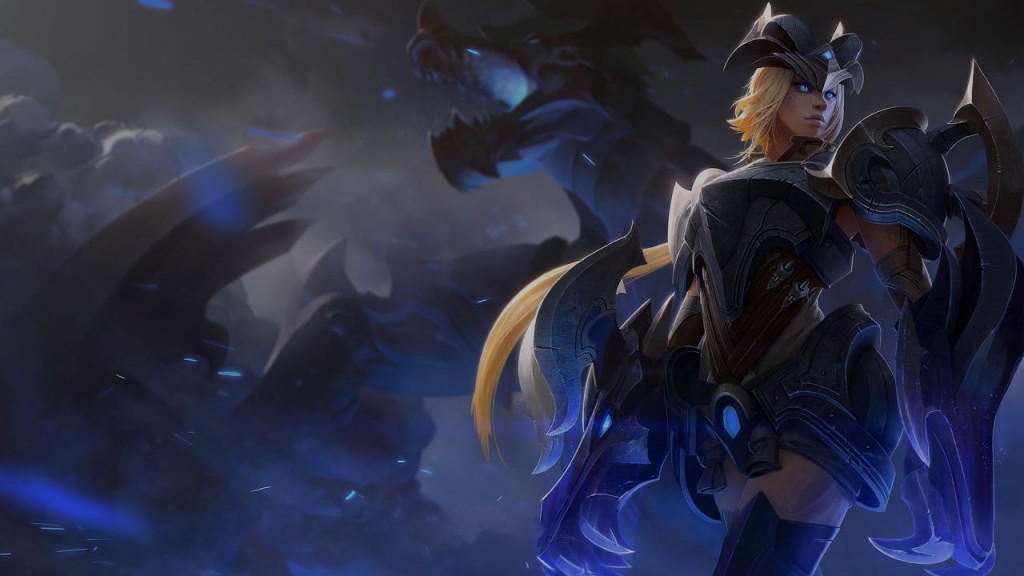 And another champion that was reworked by Riot is Championship Shyvana. This time they really upgrade her: New Dragonform, animation of recall both in human’s and dragon’s form, new color scheme for her’s abilities. This skin is one of my favorites among all Championship Skins.

You can buy Championship Shyvana Skin for 975 RP at the end of each season. 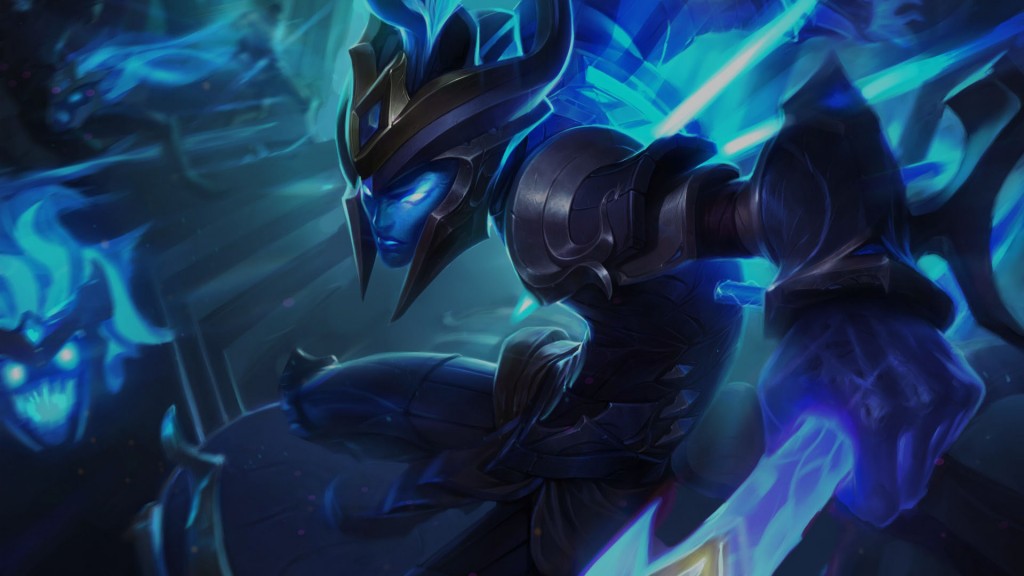 Main opponent of Championship Kalista is Blood Moon Kalista, because both of them are so awesome. Aswell with the new, armored outfit she get new particles that became iconic for all Championship skins. Of course Riot do not forget about recall animation!

You can buy Championship Kalista Skin for 975 RP at the end of each season. Championship Zed was the latest. And Riots made really impressive work with him. Brand new model, textures, all new VFX, new recall animation, and all this for 975 RP! It is my absolute favorite among others.

You can buy Championship Zed Skin for 975 RP at the end of each season.

As the Victorious Skin Riot games hide all information that they have. As soon as we get any info about what champion get his championship skin, we will update this article.

Remember that Riot did not released season 1 championship skin for any champion.

We always writing articles about LoL, try to check them: