Probably, you often hear “meta” term during LoL games. In the following guide we open a discussion about meta in LoL and will try to explain what is it.

WHAT IS LOL META? THE DEFINITION

As previously said, lol meta is a popular term among LoL players and usually refers to the metagaming. Metagaming is much wider term thus it relates to many other. Let’s just quote the wikipedia:

Metagaming is any strategy, action or method used in a game which transcends a prescribed ruleset, uses external factors to affect the game, or goes beyond the supposed limits or environment set by the game. Another definition refers to the game universe outside of the game itself. Metagaming differs from strategy in that metagaming is making decisions based upon out of game knowledge, whereas strategies are decisions made based upon in-game actions and knowledge.

By LoL meta can be considered the information that comes outside of the game and which affects ingame decisions (strategies, patch notes, item builds, pro players picks etc). Btw, our LoL coaches are good at meta picks, strategies and item builds thus can teach you.

There are many examples of meta in LoL: picks, bans, item builds, champion roles, summoner spells, runes etc. In this guide, we will give some examples of meta and how it changes to make everything more clear.

Usually, about only 20-30 champions are getting the most love when it comes to the champion pick. Moreover, the difference in the pick rate between the first and last one is really huge. For example, on 30/11/2017 (we use lolking.net champion data) Vayne pick rate is equals to 7% while Skaner is being picked only with 0.2% rate. Meanwhile Skarner has bigger win rate: 49,7% vs 50,2%. And such situation occur regularly, thus at any time you can find top meta pick in LoL with lower win rate than one of least popular champions has.

There are few major factors that affect popularity of lol meta champions in league.

META IS NOT ALWAYS RIGHT! PICK AND BANS OF ZIGGS, ZED AND YASUO

We decided to consider these three champions separately because they showing one of the important facts – there is no guarantee of getting higher chances to win when you follow lol meta. Zed and Yasuo are in the very top among most banned and most picked champions. However, their win rates are incredibly low and are negative for very long time. Right now, Zed has 49.4% win rate and Yasuo has only 47.9% win rate! That happens because both of these champions demand high skill and great mechanics. But because they are being incredible popular people consider them as OP champions and pick them in hope that champion itself will carry the game.

There is opposite situation with some unpopular champions in the current meta. Lets discuss one of them, it’s Ziggs. When he was released, over a year he was on the very bottom of pickrate and haven’t got any buffs. Then Ziggs appeared on the LCS league and become incredible popular for a while and got several significant nerfs. Right now, Ziggs is not popular champion with 0.9% pickrate, but has incredible 53.2% win rate!

If you sort champion statistics by win rate you will that half of champions in the top aren’t part of meta picks (their pickrate is less than 2%). This means that there are many underrated champions which are actually stronger than most people think and can be the actual carry champions.

Just because champion is hyped among the community that doesn’t mean that he would brings positive outcome in your games. Moreover, very often it affects negatively your chances to win.

If you check statistics of most bannable champions in the LoL you will be surprised. Almost at any time, you will see that nearly half of most banned or picked champions have negative winrate while champions with amazingly high winrate don’t get banned at all. This means that meta not always transfers the real situation in champion potential. Often, it happens because good picks for premade team of pro players aren’t that good in solo queue game.

Significant part of the champions who are popular among ordinary players and what are supposed to be game breakers actually have negative affection on winrate. For example, Zed whose mechanics are really hard therefore he is needed good practice to provide decent performance, has strictly negative winrate below 50% for ages. However, he is always in the list of most popular picks and bans. In terms of simple numbers this is complete nonsense. Why would someone tend to pick or ban a champion who are more likely to lose than win. But most people don’t know these numbers and think that Zed would bring them victory no matter what. Why does this happen? Because of meta!

There is a more simple example of meta in LoL: Summoner Spells. There are only few of them thus there is no big variety of choice thus meta is staying almost the same for years. Usually all champions have a Flash, Top Laner have a Teleport in 90% of cases etc. You can check Summoner Spell statistics with winrate here.

Situation with the item builds almost the same as with the champion picks. Some item builds are considered good while others can be negatively perceived by the community despite their effectiveness. It very often happens on low elo (you get a lol boost from low elo with our service) because players there are usually more affected by meta. However, it’s much better to adapt your item build to current situation than just blindly follow the current meta build. It’s especially important on top lane when you are losing the lane. In such situation, it’s much better to start to build your champion tanky than buying damage even if that it’s considered as standart way of playing. This way you will stop your lane enemy from snowballing and later will be useful in team fights.

Even default team setup (solo top lane, mid lane, jungle and two people on bottom lane) is part of metagaming because there are no directions for players to stick to that setup. At LoL first years you could often see Ashe, Pantheon at mid lane or two random champions at top lane/bottom lane both of which are trying to creep slain chaotically. Players who are starting to play LoL pass through the same stages which you can see in games with players whose summoners level is below 10.

When it comes to rune builds for champions many players are going to probuilds.net where it’s possible to see what builds are being used by pros. Websites like that are another source of meta formation because they are making connection between usual players and pro players much more easier. The same happens with runes and item builds. If you explore probuilds.net you will notice that many pros and high-skilled players using the same rune build on the certain champion. Such rune build is close to optimal and can be called rune meta build. You can read about season 8 rune builds here. 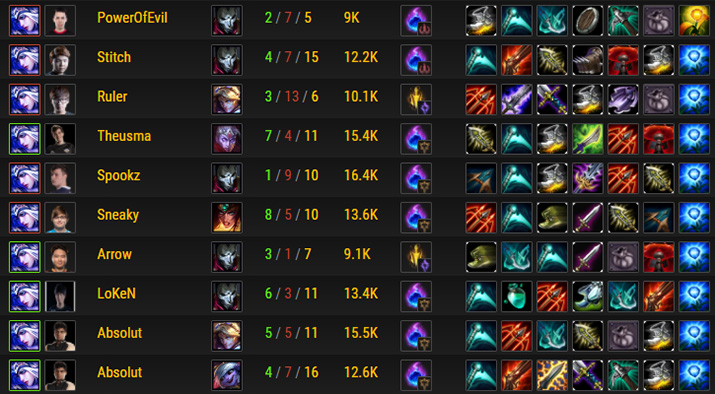 META LANE POSITION: WHY THERE IS NO PLACE IN META FOR DUO TOP

Even default distribution by lanes in LoL (solo top lane, ADc and support on the bottom lane, solo mid lane and jungler) wasn’t always so obvious. In the very beginning you could easily see a two tank champion on the bottom lane before it became hard meta to follow the significant roles. You could even see the same kind of duo on the top lane. This leads us to the question: “Why there are always two champions on the bottom but no on the top lane?” The answer is simple because of ability to control dragon and early team fights on the river around dragon spawn. Some period of time duo top was a meta on the NA LCS. Pro teams were swapping lanes to get the top turret as fast as possible with champions like Caitlyn and Lulu and were swapping back to defend their turret on the bottom. This strategy was nerfed by developers and now during the early game turrets are getting reduced damage from the champions. Therefore there is no place left for duo top in the current.

Meta can be different in each region. That’s why picks and strategies on different servers may vary significantly. However, meta can transfer itself from a server to server. There is a story that proves it. For the first months after his release, Lucian was absolutely not popular and he wasn’t seem to be picked in the ranked games. Almost no one was playing him until korean teams started to pick him on proleagues. After that, he became incredibly popular (initially at the korean server and then in the rest regions). Since that time, Lucian survived several solid nerfs and his popularity went back to the abyss.

However, we don’t say that following meta is bad. Often, meta shows a way of playing which is close to optimal (and certainly much closer to optimal way than random choices).

Metagaming brings common logic in LoL and helps to avoid chaos during the regular games. However, this doesn’t mean that following meta is best way to win the game. Even if you freeze current game balance most popular picks and strategies will not stand still and would change over time. LoL has too many variables to make the path of finding the ideal strategy easily found.

There are champions what constantly jumping frothe m top of the popularity to the abyss and back:

Kha’Zix etc. There are may be for various reasons for this. It can be balance fix or new champions who are coming to the top of popularity to replace old ones in people’s minds (7±2 objects rule).

At least you shouldn’t do it blindly. Obviously, it’s better to be aware of the current LoL meta to adjust to it. But don’t pick or ban champion only because he/she is considered as overpowered by other people. It’s much better to play a champion with you are good at and ban champions which .

Also you have to be tolerant to uncommon picks of other players. By the way, according to our observations the higher league is the more various picks you will see. It’s really rare when players start to resent about uncommon pick on diamond league. Meanwhile it often happens on the silver – gold leagues.

Metagaming is the main driving force behind the evolution of LoL and we should appreciate it. Also it brings order to the game and prevents people from chaotically running around the map like it happens with new players. However, we have to be critical and most importantly to think for themselves rather than blindly follow general course.

P.S. This video about history of LoL. It can be interesting if you want to know how game and it’s meta was changing.