DOTA UNDERLORDS: FROM UPSTART TO THE BIG BOSS

We all waited for this and now the ranked games were added to the Dota Underlords. This is only an open beta so do not fear about your upcoming rank, with the release developers promised a soft reset. So you could still play, trying various combinations, trying to find the one that fits you the most or just playing for joy while learning the game. 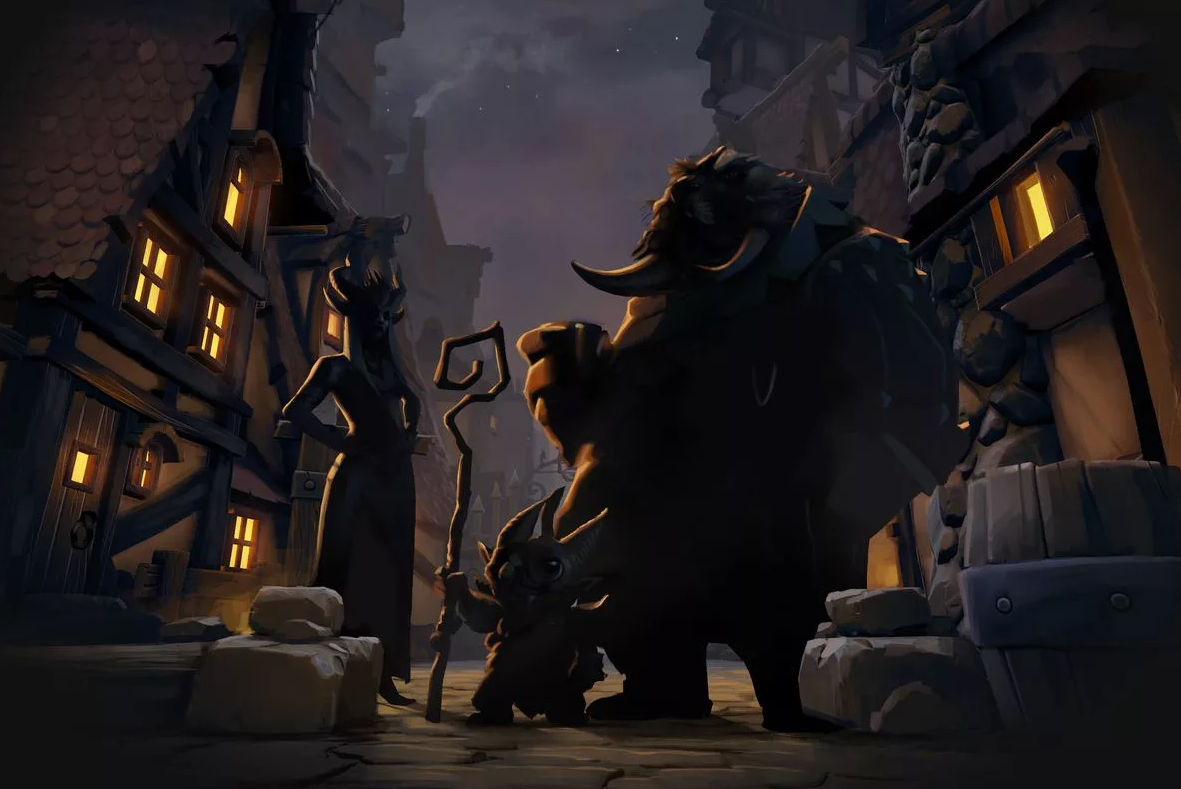 The next ranks (from the best to worst) were added to the Dota Underlords:

So it is the best time to learn how good you are in this newborn genre that still does not have a name. It could not be called Auto Chess because it is a separate game made by Drodo and that will soon be released in the Epic Store.

Dota Underlords (made by Valve) as the TeamFight Legends (made by Riot Games) are two the most perspective auto battles games, so you need to focus on one of them (or both, why not?) if you are truly interested in this genre.

HOW RANKED SYSTEM IS WORKING

Dota Underlords received its own ranked system that is based on the Glicko system. If you are new to this, then you may be confused by the outcome of matches. But one of the developers published a post in the Reddit, where he in details described how the ranked system is working in Dota Underlords. 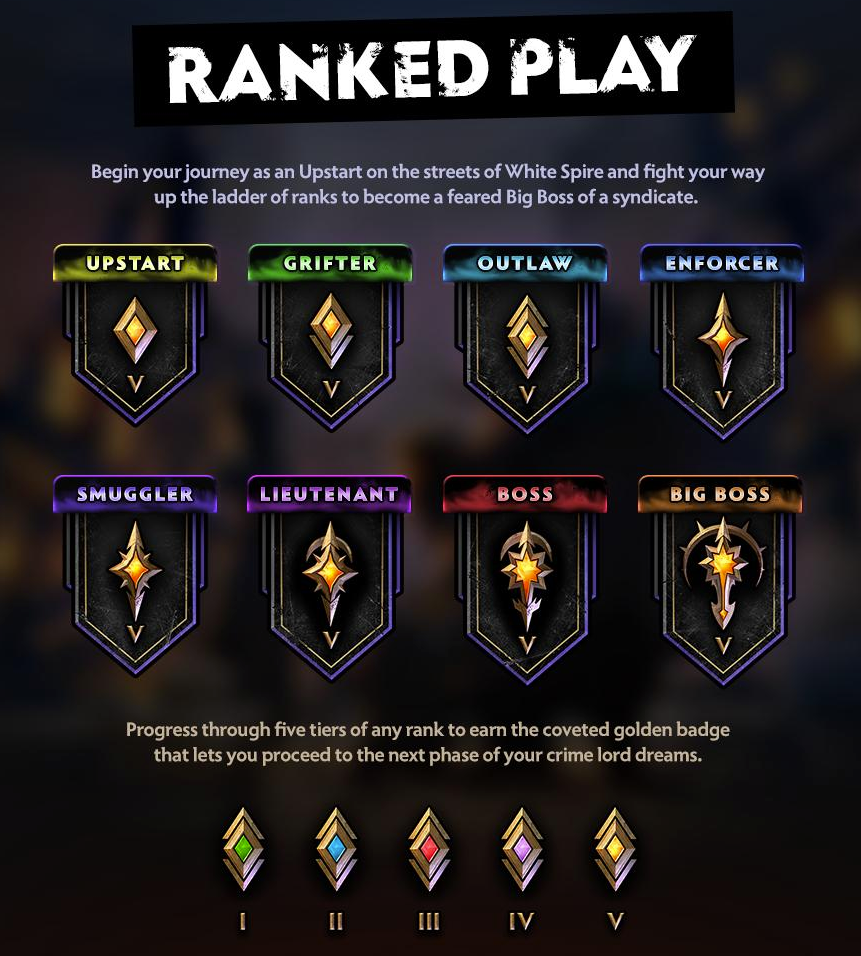 The internal tracker of the Underlords tracking the level of your skill in the matchmaking according to the Glicko system. Usually, it is using to evaluate the skill level in Chess and some computer games (like Team Fortress 2 or Counter-Strike: Global Offensive). One of the most interesting features of this system is a so-called “Rating Deviation” (RD further in the text). The lesser a player appear in the game, the higher will be this deviation. For players with the high RD, the system cannot clearly see the true rating of a player and give them a rating in some interval system.

To understand it let’s look at the simple example: We have a player with 1850 rating points and ~50 Rating Deviation. Then the system will think that the true rating is lying somewhere between 1750-1950. The lesser RD the narrower will be this interval and the clearer the system will see your skill level.

Approximate amount of games you need to play before the system will evaluate your rank is ~25 games. Rating is showing as a special medal, so you will see how this token will be changed with every your victory. After a calibration, your skill level will be the same as it is according to the Glicko, but with one little thing. Only the highest medal you have claimed will be shown in your profile. Your true numerical rating will be used in the process of finding opponents in the matchmaking system. But the numerical numbers of your skill are hidden in beta and we do not know if it will be shown in the future.

After an each Dota Underlords season, you will be recalibrated, but Valve did not announce how this recalibration will work. We think that this will be some kind of “soft reset” if we talking about Glicko and “full reset” to give a chance to recalibrate to the new medal in the new season.

Meta at the start of Dota Underlords was pretty much the same as it was in Dota 2 Auto Chess. The main differences are in slightly reworks of alliances and heroes. So if you are interested in Underlords boosting then you need to continuously look for the next alliances.

Dragons and Knights in the last patch become Tier-1 strategy, due to the proximity auras of Knights and decreased numbers of Dragons (now 2) to receive a buff. The very buff was enhanced too – now it gives an additional skill to each dragon:

Warriors are more flexible and much stronger than they are in Auto Chess due to the new item distribution system and thanks to Pudge. Now if you will have Radiance at the Level 3 Pudge – then you will have second (the first one is Troll Warlord) strong damage dealer. Just learn all the items, warriors heavily depend on them. And of course, they are so strong because they could easily build 2 Scaled units to counter mages. 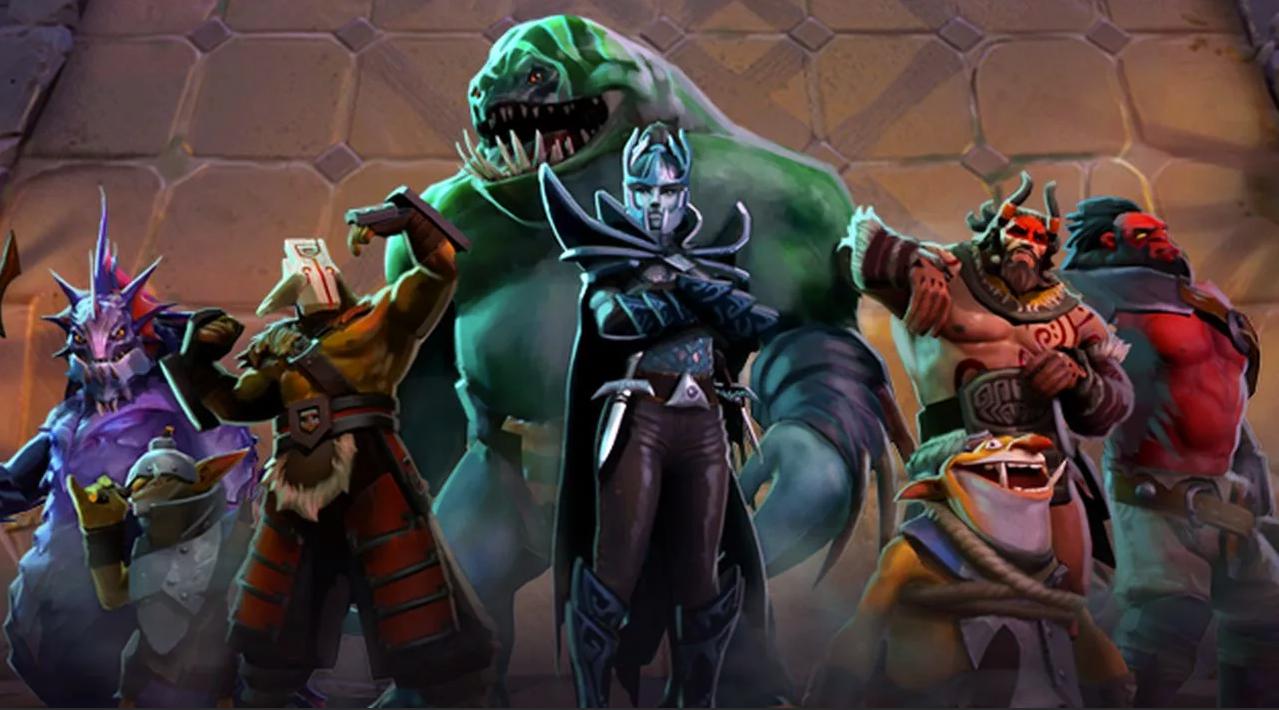 Mages and Hunters after a couple of nerfs now much weaker, but still they are high-tier strategies. Hunters is an incredibly flexible build that could be used against Mages – it is extremely easy to build 4 scaled units. Mages in this patch felt a bit weaker than normal, Pipe of Insight hit hard so now you are heavily depending on the mage build, or you will not have enough damage to pierce through nagas and Pipe of Insight.

My personal Top 3 of strategies in Dota Underlords:

These are three end game alliances, that could ensure your win in the late game against almost all other popular buildes. But do not forget that items and global buffs are affecting the game, you need to build your strategy around the items.

The strategy for the early stages is similar to all auto-chess-like games: change heroes to the ones, which cost 2 coins, but do not take them too early. The best starting alliance is Warriors, but do not fix at one, pick anything you want because you will choose the final end-game alliance only by the 15 round.

If you are new to the Dota Underlords then you may be surprised with the proximity auras that were added as a new feature. This is an interesting addition to the whole game, but the balance of units was shaken. Now AoE units are have increased Value, but Valve is slowly nerfing them. For example, now Keeper of the Light requires 150 Mana so he will start a cast with a massive delay. 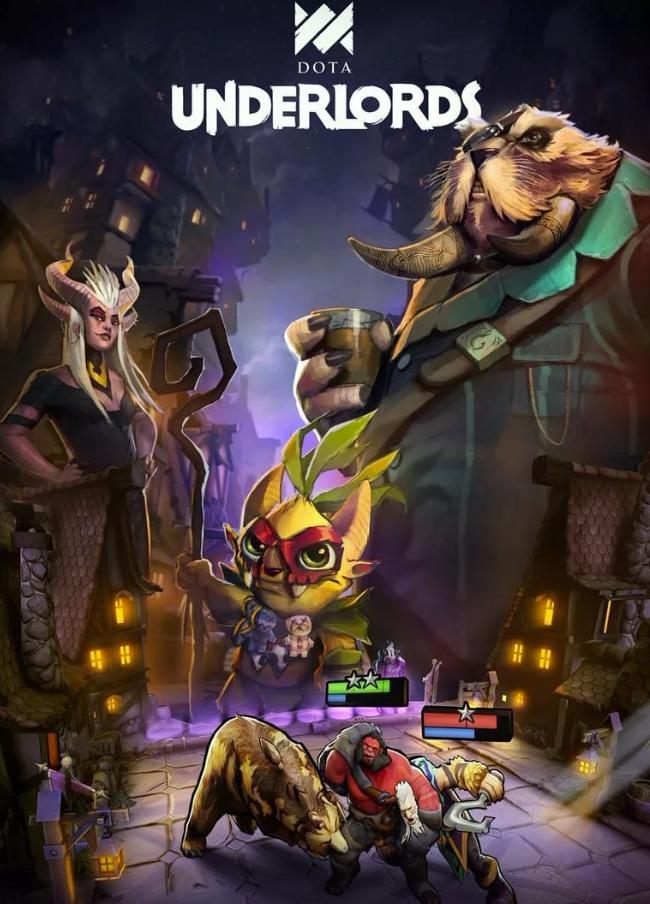 But I want to share a few strategies that are not so popular, so you could easily build them, but these alliances are incredibly still strong and have insane durability. But remember that this is a late game strategy, so you need to rush 10 level as quickly as you can. Never prioritize weak alliances, or you will lose early and mid game and will not have enough health points to perform a classy comeback.

The core of these alliances are Savage units, there are 6 of them and you will need everyone. Then the strategy may variate depend on the units are getting.

This is an incredibly strong and tanky lineup with the incredible damage outcome. And if you will manage to receive 1-2 Tooth and Claw global buffs then you most probably will be the strongest player at the match.

Thanks to the warlock buff you will always have enough health to apply enough stacks of Tooth and Claw to slowly kill all the enemies around. Trolls in this build are your main source of damage, so be sure that your Troll Warlords is protected from all sides.

Yup, Mages. In this patch, the meta of mages is slowly coming to its end so it will be not too hard to build the next impressive but not standard buildes.

We know how devastating could be Mages, but in this lineup, you could try some interesting things like Arc Warden + Crystal Maiden to continuously produce copies. It will be even better with the Refresher Orb on Arc Warden, just try it! It is a hilarious and incredibly strong strategy.

This is the most interesting Scrappy alliance with the ideal balance between incoming and outcoming damage. The awesome addition to this strategy will be the next global buffs: Fall From Grace, to receive 4 Heartless bonus with 2 humans and 2 Heartless in our army, and Final Flash. Thanks to the Scrappy buff your mages will have enough time to cast the second Chain Frost and Illuminate, and, in most cases, it will finish all the opponents.