There are hidden within LoL jokes made by Riot Games (easter eggs), events which trigger on specific conditions and champion passives associated with their lore story. Each of them has a minor impact on the gameplay and in this guide we will look at them in more detail.

THE HUNT IS ON!

This event is about confrontation of

Kha’Zix (two champions who is often used during lol elo boosting) and the only easter egg that has serious gameplay impact. 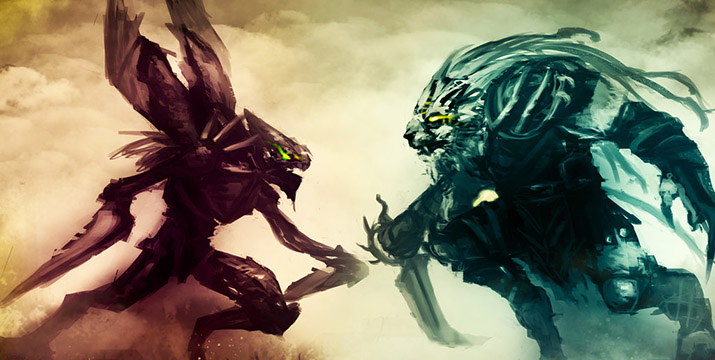 Requirements for “The Hunt Is On!” to be started:

Rengar‘s trinket slot) is replaced with an item called

Head of Kha’Zix. It provides advantages of full stacked

Rengar‘s vision in the bushes.

Kha’Zix to evolve each of his abilities.

Winner of this event will get passive “Victory!” why loser gets “Defeat!“

THE BATTLE FOR FRELJORD

There are three champions in this event who confront each other for the Queen of the Freljord title:

Lissandra. Main reason of this event according to lore is that each of them want to rule Freljord but have different views on how this should be done. 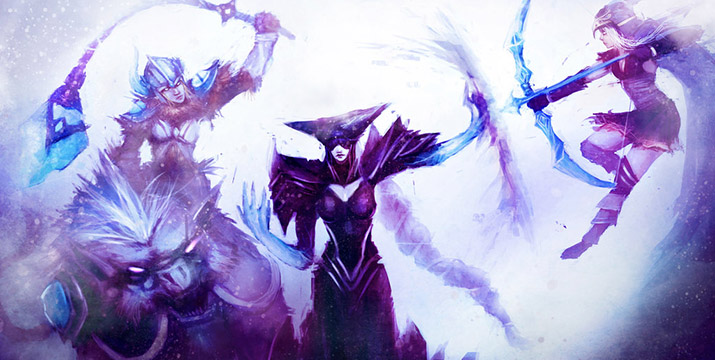 Requirement for“The battle for Freljord” to be started:

If you win game on Howling Abyss as

Lissandra and won’t click “continue” for 30 seconds, she will tell you story of the battle for Freljord:

Some of neutral monsters would like to dance with you. Look at this

Blue Sentinel who dances only with

You can also look at

Vilemaw the ultimate monster of Twisted Treeline who likes to dance with everyone, but insists that you bring at least a one friend with you to his pit:

As you can see in the video

Sunlight does not deal additional 1 damage to Neon Strike

CATCH ME IF YOU CAN!

This is the reference to well known movie with Tom Hanks and Leonardo DiCaprio.

Vi (or they both in same moment) are in opposing teams, each of them gain “Catch me if you can!” cosmetic buff.

Jinx as criminal has next buff description: “

Vi are chasing you. How fun! Cops Outsmarted:” followed by her total number of

Vi as cops have next buff description: “

Jinx is causing chaos again. How obnoxious… Criminals Apprehended:” followed by their

On each kill or assist of their targets, participants of the event gain 1 additional gold.

ON THE CASE: “PITLOVER’S FINEST”

Vi are in the same team they receive the buff On The Case: “Piltover’s Finest” and gain additional 1 gold each time they score a kill together.

This is reference to popular game in tower defense genre.

Karthus on one side and

Zyra on other each gain 2 additional gold when they kill their rivals.

For each Ninja in team except yourself you lose 1 base HP. Ninja skins doesn’t count and it works only with following champions:

Cougar is slang term which means women who seeks for sexual relations with considerably younger men.

Nidalee provides +5 experience every 5 second to nearby champions whose level is lower than her.

If you spend 12 seconds in bush without any move,

Skarner may say: “Skar Skar Skarner!“. This is reference to a pokemon anime.

EATEN BY THE SHARK

Chum of Waters makes a final blow to the tiny champions (

Annie etc) there would be no corpse left.

There are lots of easter eggs you can find by using taunts and emotions in LoL thus we won’t describe them all here. For example you can watch this video with

There are hidden secrets and references you can find on the map.

Heart of Gold is removed item that was a part of

Randuin’s Omen and passively gain gold. On new Summoner’s Rift you can find it with “SOLD” sign in the red side shop: 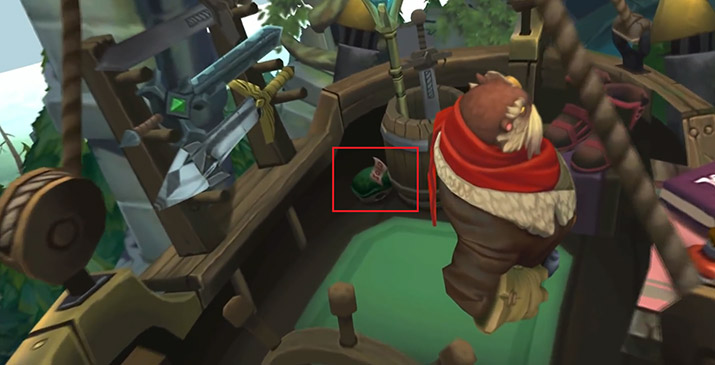 Same story with Philosopher’s Stone hanging on the stone: 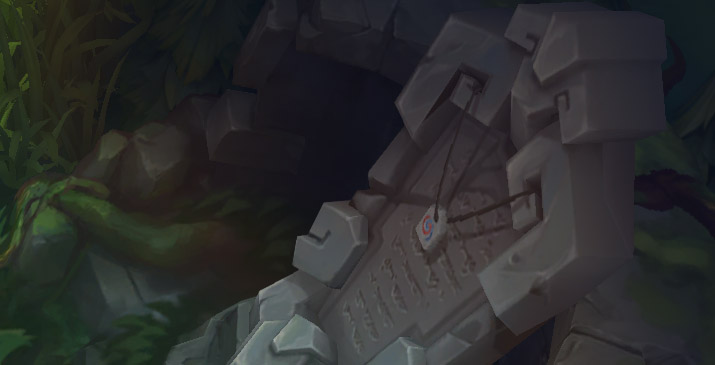 There is a sword in a stone. It refers to the story of the King Arthur and his loyal knights: 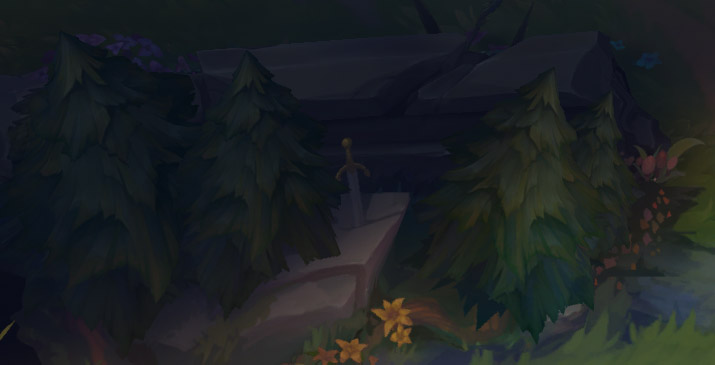 There is depressed frog which jumps off the cliff each game:

TEAM OF FULL POOL PARTY SKINS SUMMONS THE RUBBER DUCK<
If all members of your teeam have pool party skins then yellow rubber duck will appear on the river:

There are some hidden tricks mostly referred to poros.

Braum and feed Poro with Poro-snax, a black mustache will appear on poro:

Braum with a Dragon Slayer skin then a color of grown moustache would be orange:

If each player in the game feed single poro, it will explode, creating new poros:

There are many phrases you can hear from Shopkeeper related to items you choose or champions you play: