The Evolution, also known as Battlecast is a series of skins that represent the most infamous LoL champions – Cho’Gath, Urgot, Vel’Koz, Xerath, Kog’Maw and Skarner as creatures that standing on top of the evolutionary chain, according to the Creator Viktor. His idea of Glorius Evolution has found a place in the world of an alternative future, in the same universe where time is protected by the Chrono agents of Pulsefire, huge fighting Mecha stands on the defense of the cities of the future, as well as cybernetically improved champions from the PROJECT. 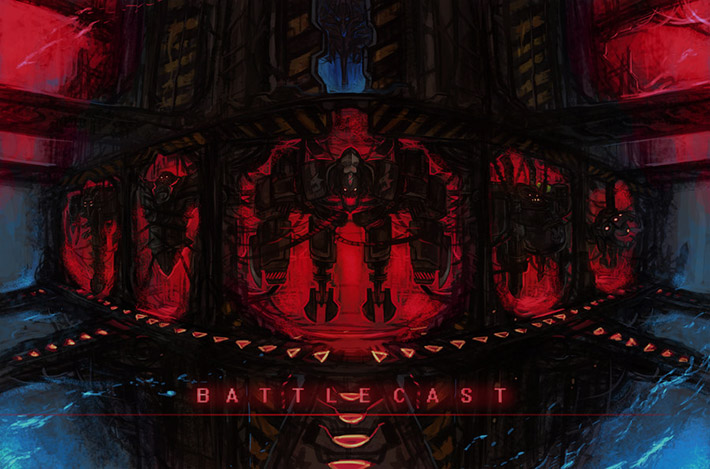 Viktor in early ages realized that he was driven by the passion to the mechanical automatization. Later, after finishing his studies, he became the head of the team that created the steam golem – Blitzcrank. And after several failures, they managed to create a working prototype that will push Runeterra’s science much further, but unfortunately, the scientific merit in the world of Runeterra does not belong to the one who invented, but to the one who provided the invention to the whole world. Viktor’s merits were forgotten and the scientist fell into a deep depression. Deep in his chambers, he conceived a new project, which certainly will not be stolen.

Years later Viktor appeared in public, but it was not possible to recognize him. Most of his body was mechanical, but he changed not only physically. He rejected all human feelings, so-called “emotional weaknesses“, but only one memory burns deep inside him – the insult inflicted on him in his youth. Now the Machine Herald is bothered not about a better society, but about the Idea of the Glorious Evolution. He believed that mankind had developed enough to determine their own destiny. He named his first experiments as Battlecast and Creator Viktor use them as his personal army that will impose his Artificial Evolution Ideas to the whole world. The whole world will accept the Glorious Evolution in one way or another

THE EVOLUTION | BATTLECAST ICONS AND WARDS

The Evolution or Battlecast is a series not about the icons or ward skins, but about enormous mechanical monsters, so Riot Games doesn’t bother about adding Battlecast summoners icons or additional ward skins and release only three icons and two wards (as usual).

In the Battlecast series, Riots released seven various skins from humanoids to the void life forms. And all these skins are united in one thing, they all were created by the Viktor. And our Battlecast skins for LoL review we will definitely start from him. Creator Viktor is the most famous of all Viktor’s skins. Cybernetic mastermind that created a whole army of artificially enhanced creatures to serve him. Any fan of the Machine Herald must buy this skin.

The appearance of the Сreator Viktor combines interesting combinations of dark, but clearly advanced technologies. The red particles that were added with this skin had to emphasize the main theme, just like new animations of his third hand and new sound effects. In the game, these effects look just like a recolor of old, basic abilities.

The right balance of dark colors gives some charm to his outer look, but I think that Machine Herald doesn’t have enough bright elements, such as red energy tubes or something like that. As I said above, this is just the perfect skin for all fans of this champion, but I advise to everyone else to think: Do you really need this skin?

You can buy Creator Viktor skin for 1350 RP in the LoL in-game store. Cho’Gath received a new Legendary skin for the LoL and Battlecast Prime Cho’Gath has lots of value for anyone who wants to enhance their favorite champion. This skin perfectly changes both, the sense of the game, and the very concept of this champion. Now you are not playing for as the all-destroying monster, but as a self-improving destruction machine. All the organic was replaced with mechanical equivalents and even abilities now reflect the mechanical essence this champion.

In addition to the new mechanical model, Cho’Gath received an excellent set of both visual and sound effects. The visual effects that were mentioned, include new animations that leave no doubt that you playing as a mechanical being and new particles that decorate abilities with light effects. Especially good are such abilities as Feral Scream and Vorpal Spikes. And only a new dance emotion did not bring me so much joy as it should have. In theory, it should be ideally looped, but in fact, we can easily see the beginning and the ending of the dance animation. 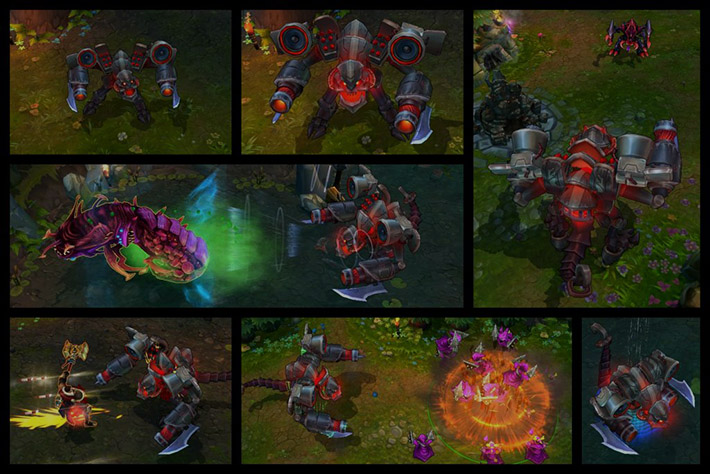 If you do not pay attention to minor flaws in the performance, then Battlecast Primal Cho’Gath is a very worthy representative of the Legendary Skins in the LoL, worthy of acquiring any collector. Especially it is recommended for purchase to fans of Transformers or any other huge fighting machines.

You can buy Legendary skin Battlecast Primal Cho’Gath for 1820 RP in the LoL in-game store. 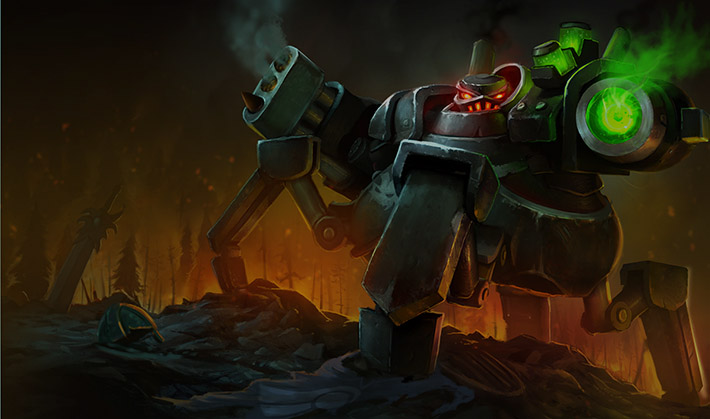 If you really like the Urgot as a playable champion, but you don’t like the concept of the rotting Frankenstein-like corpse with some mechanical enhancements, then you need to try Battlecast Urgot skin. It changes him into the unstoppable machine of doom – walking tank with wide assortments of deadly weapons.

New sound effects were added to the Battlecast Urgot skin, such as new robotic voice lines and new sound for Acid Hunter. The new visual effect perfectly matches to this skin. But I feeling some lack of the new animations, but this is just a regular skin, not the legendary one.

And again, as I said before if you do not like the Classical Urgot’s style, then you may want to give a chance to the Battlecast Urgot, and in all other cases, I think that this skin is overpriced and I personally advise to wait until a sale on it.

You can buy Battlecast Urgot skin for 1350 RP in the LoL in-game store. 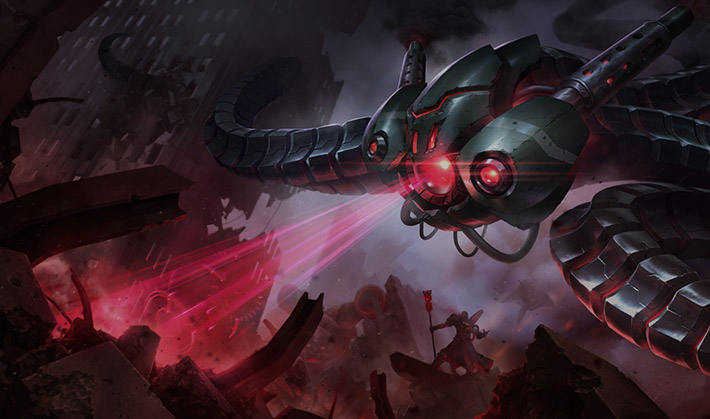 Battlecast Vel’Koz is a drone that was created with only one purpose – to bring destruction into this world. Developers are definitely taken the inspiration in the Matrix films because this little fella looks exactly like one of those machines that assaulted Zion. Although it is not very original, this skin touched my nostalgic strings and I’m even glad that the developers used this image, so I don’t have anything against this kind of plagiarism.

Having an extensive set of different deadly tools, Battlecast Vel’Koz looks quite menacing. Together with the skin, Vel’Koz received small changes in motion animations, some attacks, and abilities. As for all other robot-like skins, developers have added new mechanical voice lines, and yes, in some cases it’s the voice that builds the necessary sensations.

Let’s return to the animations, although they were changed, they stayed closer to the classical ones. Except for the Recall animation, new Recall is really impressive. In conclusion, I want to note that Battlecast Vel’Koz is just a wonderful skin and any fan of the science fiction will not pass by it.

You can buy Battlecast Vel’Koz skin for 1350 RP in the LoL in-game store. 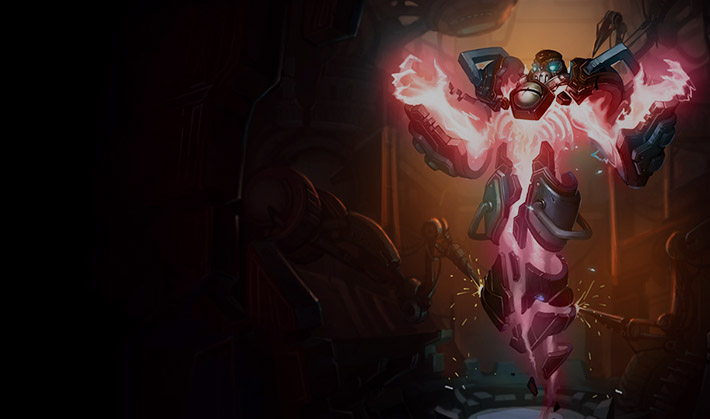 Except that Xerath very badly fits into the very concept of The Evolution because he is a creature consisting of pure energy, and the Glorious Evolution is an artificial evolution of living creatures with the help of the latest technologies. Although judging by the appearance, Creator Viktor simply equipped him with some kind of energy converters and improved his protection.

Although Battlecast Xerath did not receive any new animations, sound effects, but the designers worked well on the new particle effects of this champion. They are so harmoniously fit in the visual series that I just can not take my eyes off of this Battlecast skin. Also, the color of Xerath himself was changed, now he appears as a red energetic entity bound to the high technological armor.

Just a great skin for those who are sick of the classic Xerath. And the low cost of Battlecast Xerath is only pushing him forward in my personal must-buy list. For a long time, I have not seen so beautiful skins for such low price.

You can buy Battlecast Xerath skin for 520 RP in the LoL in-game store. 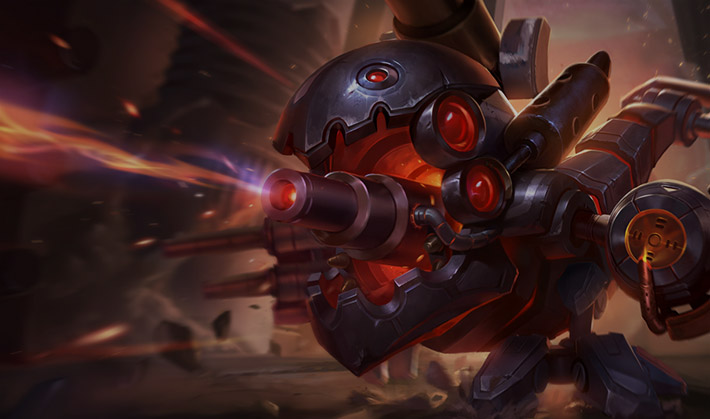 The model of the Kog’Maw champion remained rather recognizable, but at the same time, many little details were added to link this skin with the rest of the series. Battlecast Kog’Maw represented to us as a living artillery station with a lot of guns of different caliber and with a huge tzar-cannon that is fixed on his back.

Although this skin is considered as regular, the developers have added so many new animations, visual effects, and sound that I will call this one a legendary-like skin. The new visual effects of smoke and sparks reinforce the idea in our minds that it is not an ordinary Kog’Maw, but its alternative mechanical, armed to the teeth version. Despite all of the above, his Bio-Arcane Barrage does not look as epic as it should be.

Nevertheless, Battlecast Kog’Maw skin adheres well to the given theme, although the designers have not been able to properly connect the biological and mechanical parts of this monster, the updated Kog’Maw can please all lovers of big guns.

You can buy Battlecast Kog’Maw skin for 1350 RP in the LoL in-game store. Another Legendary Battlecast skin for LoL and this time the owner is the famous Crystal Vanguard – Skarner. Battlecast Skarner differs from other skins from this series. While all the other representatives of the Glorious Evolution are clearly the combat robots, the Skarner appears to us more industrial. Look like that he was created not for a war but for destroying the old world and building a new world on its remains. Although if you take into account Alpha in its name, it is possible that it is only the first prototype created by the Machine Herald.

It’s time to move on to the visual. The new particle effects look gray and not impressive at all, the same can be said about the sound effects. Yes, they are very different from the original but I do not sense any connections with the visual series. I do not want to talk about new animations at all, I’ll just note that the standard walking animation looks much better than its “updated” version. But designers coped well with the new Recall and Emotions, everything looks magnificent, and they seem to be a ray of light in the darkness. 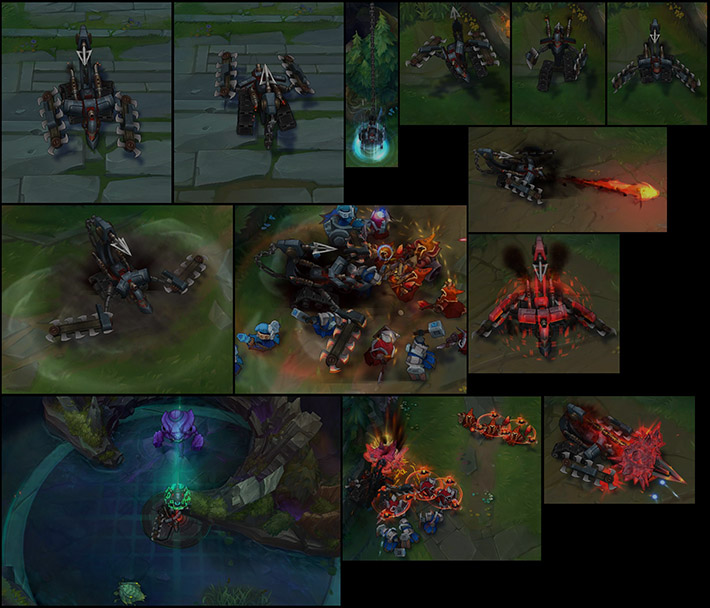 In the end, I want to note that this robot does not look like a scorpion-tank. The giant robot in the early stages of the design was released by Riot Games and I can not call the Battlecast Skarner skin as attractive or worthy of a purchase. So think hard about whether you want to see your Crystal Vanguard so ridiculous while playing.

You can buy Legendary skin Battlecast Alpha Skarner for 1820 RP in the LoL in-game store.