Everything you need to know about the SoloQ in 2016 by a Master player. Guide to split pushing, warding, lane control and team communication.

LoL SoloQ is an ordinary term that most likely every LoL player have heard of. But what is Solo Queue: SoloQ is basically the name of the ranking system in LoL. The rank system is divided up into seven tiers: Bronze, Silver, Gold, Platinum, Diamond, Master and Challenger. All the tiers are build up the same way except the Challenger and Master tiers. Every tier is also divided up into 100 LP (League Points) and 5 divisions per tier except Challenger and Master. For example: in Gold league we have Gold I, Gold II, Gold III, Gold IV and Gold V divisions. If you want to reach the next division you have to earn 100 LP and win your promotion games which is allways BO3 (best of three) except the promotion to the next league (e.g. Gold I to Platinum V), then promotion would be a BO5 instead (best of five). MMR is also an important term in the SoloQ. MMR decides what amount of LP you receive and lose per a win. The average amount of LP player gains/loses is up to 18-20 per a game. That was the general part about the LoL SoloQ architecture.

Now is there the question: “How do I win a LoL ranked game?“. A very important part about winning the game are objectives: turrets, Inhibitors, neutral monsters and of course the Nexus. A lot of people are often ignoring the objectives and just go straight for the kills and expect to win if there are still all objectives are up. Now you probably want to know what you should do after reading this. Let’s go with an ingame example: lets say you are playing in the mid lane. In this lane you have to take care of specific things:

LANE CONTROL IN THE SEASON 7

So let’s say you are playing on mid lane. What will you do? You will try to last hit as much creeps as possible and to zone away your opponent by freezing the minion wave or even killing him and then pushing minions to his tower. The same happens if your jungler helps you with a gank so you get a kill or if he forces the enemy to back off. In this case you should allways push the wave to the enemy tower so your enemy loses gold and experience (XP). The same principle works on bot lane, however it gets complicated on the top lane. If you get an early kill of your top lane enemy while the minion wave is up at your tower then you should freeze it because the

of your enemy is most likely up to use thus your lane can be frozen by your enemy when you come back (which is a huge disadvantage). Boosteria provides cheap elo boost during which you can see how our pro players control the lane.

COMMUNICATION WITH YOUR TEAM

Another very important thing is that you ping or write down in the chat that your enemy is missing and might be able to gank your allies which would be also a big disadvantage for you and your team. You also should time the enemy summoner spells

and use it for your advantage. For example your jungler just ganked you and you got the

Now let’s go over to the warding part. If you are playing on top lane or bot lane then it’s very easy to put a ward to prevent an enemy gank or even set up a counter gank from your jungler. All you need is just to place a ward in the river bushes next to your lane. On the mid lane it is a bit different since there are 2 ways from which you can get ganked. That’s why you have either to play safe and maybe lose some CS which is not very good for you. So let’s say you have only 1 ward then you can either ward the left or the right bushes. If you ward the left bush you should stick to stay on the left side and if you ward the right side then you should stay on the right side. Pretty simple. Another very good option is to ask your jungler to place a

or buy it by yourself and then place it in the little bush on the river. It more useable on the bottom side since the junglers are more often ganking between mid lane and bot lane.

HOW TO TAKE DOWN OBJECTIVES IN A NEW SEASON

Let’s say you successfully killed your lane opponent. The next thing you should do is to push in the minion wave to try to take down the tower as fast as possible. If your jungler is near you should ask him for a help. If you got the first tower on a lane (T1 Tower) it gives you already some map pressure and freedom in actions. Thus you can start to invade enemy jungle and place deep wards and prepare your rotations. 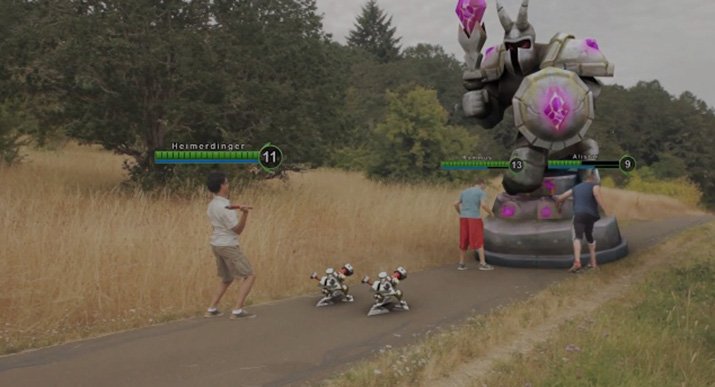 When you destroy a turret in a real life.

Rotations are the next key to winning the game. If you already have your mid lane tower destroyed then you automatically have more pressure on the enemy team. After destroying the first T1 Tower on your lane, you should roam to help your team in taking down other T1 towers. If you successfully managed to get the first towers then you can repeat the entire process with the T2 Towers. If you destroyed these towers then you will be able to prepare a Baron call, which will give you an extreme advantage of taking the inhibitors and in the end – winning the game. Another important thing is that you can catch your enemies while they are trying to react to your constant rotations.

Imagine a game scenario where you are even in gold with your enemy or even behind. There are always 2 options to fix that: either you go in the 4-1 Splitpush or the 1-3-1 Splitpush. You send 4 people on one lane and 1 on another lane. The most preferred player of your team is the one who is ahead of his enemy on the lane. When your team does this then there is one more lane where is nobody pushing. In this case, you should slowly pushing that lane or just buy one of the following items:

Banner of Command or

Zz’Rot Portal to get the last lane pushing aswell. If you are behind and you are not able to fight the enemy team then you should always be ready to disengage and avoid any team fights at all. Of course not in the case when enemy team makes a big mistake and someone of them got caught or they are in the minority.

You can find our details split push guide here.